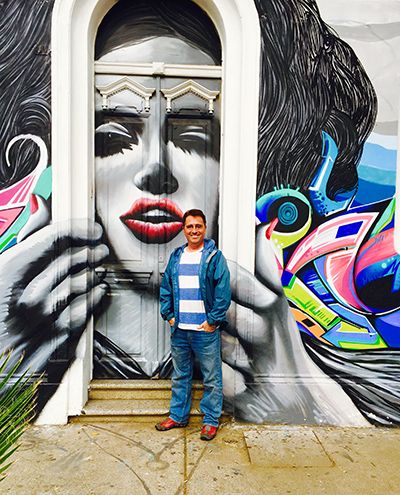 Ken Ross is an independent commercial/editorial photographer shooting in both Phoenix & Los Angeles. He specializes in travel/location, people and corporate photography. Educated in the U.S. and Switzerland, Ross began his photography career while residing in Sydney, Australia in 1985.

His work has taken him to 107 countries. Ken has photographed for various travel guides such as Frommers and Fodors including such locales as : Las Vegas, Washington DC, Oahu, Costa Rica, Puerto Rico , Puerto Vallarta, Quebec Provence and Miami. Ken's photographs have also appeared in hundreds of books published in the U.S. and Europe, including his own book project, "Real Taste of Life." His work has been exhibited in: New York City, Phoenix, Dallas, Taos, New Mexico, Calgary, Tokyo, The Philippine Islands and solo museum exhibit in Mexico.

When not traveling he enjoys playing the drums, listening to live music, and collecting works by other photographers.